At the end of each term, we invite our students' mums and dads to come into the studio and take part in story-writing workshops along with their kids.
We have a lot of creative fun in class! And, we always find we have some really GREAT storytellers among the parents! At the last workshop, we wrote on a theme of 'The Old House'. Here are just a few of awesome stories the parents wrote...
'The Old House'
by
Peter Sandham
Consciousness returned as a low ache at the back of my head and a wet clammy feeling which ran from the heels of my shoes to the nape of my neck. I was lying on a cold brick floor - I could tell that much - but the impenetrable darkness of the room robbed me of knowing much beyond this.
The floor was covered in an inch of water that explained the sodden state of my clothes and the all-consuming smell of must and damp invading my nostrils. A basement, perhaps, but which basement? Whose basement?
I gingerly levered myself up onto an elbow and groped the blackness around me until my hand came to rest on a familiar backpack by my knees. I found my phone in the pocket and tried to switch it on to light the room but either the battery had run down or the water had claimed another electric victim. It was dead and I was still alone in the dark.
I was alone but unrestrained. I stood up and slung the backpack on and swayed in the darkness for a moment as the blood rushed about my veins making me dizzy. My memory remained as darkened as the room about me.
I stood and listened for a moment, hoping to hear sounds of feet arriving to explain to me what was going on now but the only sound was the low creak of timber.
I pushed one foot hesitantly forward into the gloom, then the next and kept going until I found a cool dank stone wall. Hand by hand I worked my way around the room until I came to some steps and could carefully crawl up to where a thin line of light corrupted the edge of a door frame.
The door gave way easily and I was suddenly outside and after the pitch blackness of the basement, the moonlight of the garden was bright and silvery.
A path of neat smooth stones ran away from the door across a square lawn of grass and into a tree line.
I had just determined to follow this path when the first explosion made me almost jump clean out of my skin and turn around.
The sky above was a flood of colour: red and green, silver and gold. The air rang again as the next firework crackled and lit the outline of the house with its brief, brilliant light. By the time the colours faded I was smiling; I had remembered why I was here. 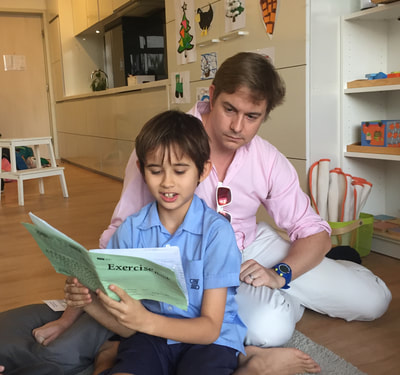 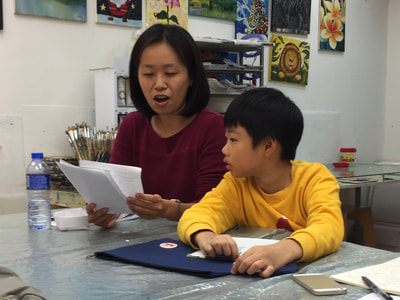 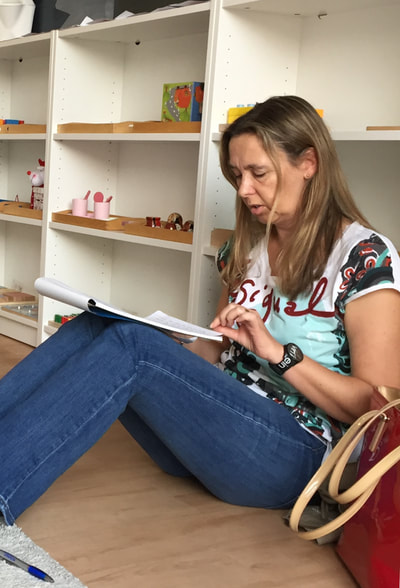 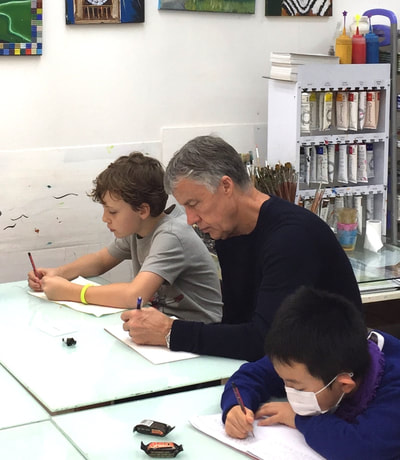 'The Old House'
by
Joseph Ng
My dad use to say some people look but can’t see, hear but can’t listen. I just didn’t know it’ll happen to me.
This place is dark, and quiet. I can’t see two feet in front of me, and the silence is, well, kind of scary. I keep my arms and hands stretch forward hoping I can feel and touch something, anything. I keep my ears wide open for any sound or noise just to get some sense of direction. There’s none.
The only thing I sense is the smell of incense burning. The kind of incense my grandmother use to burn during her Buddhist offering. I remember as a child sneaking up to the table with all the goodies and eat them while she’s not looking. Amongst all the goodies, grandma always prepare three small cups fill with clear rice wine.  Thinking they were water, I drank a cup and it burns all the way down my throat to my stomach. It wasn’t fun. That kept me from ever sneaking up to the offering table for a long time.
Anyway, back to my dark place. I keep thinking how do I get out of here. There’s got to be a door, a staircase, a window to help me navigate. I kept reaching and feeling with my hands until finally, my hands touched something hard, cold, and round. (To Be Continued) 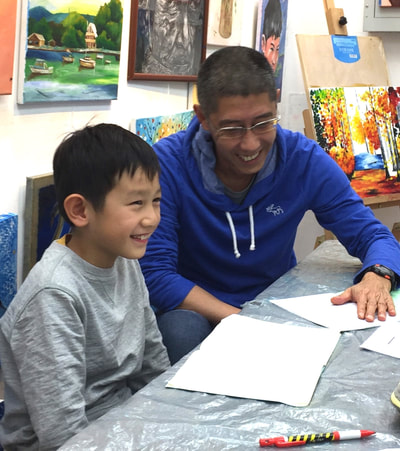 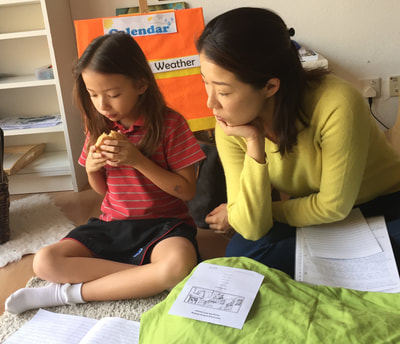 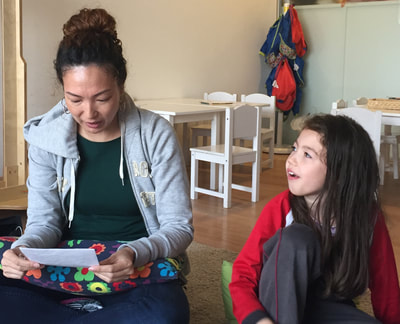 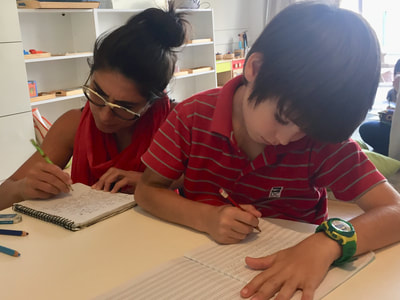 'The Old House'
by
Raj Alvis
23 Turnoak Ave, a regular looking house tucked away from the road, in suburban England - hidden almost completely by overgrown holly bushes.
Nothing amazing apart from its over inflated value.
I had procrastinated all day long about retrieve very the mail for my aunt. So, now, it’s 6 pomanders dark. The ordinary house looks more foreboding wrapped in shadows than the darkest tombs of Ancient Egypt. Did I mention my imagination?
“Great!” I thought to myself.
Late again.
The key turned easily and the door creaked open theatrically. The usual melee of junk mail, iced with urgent mail from the bank.
The electricity had been turned off for over a year now, since my Aunts tragic demise.
She died in the house. Tripped over the cat and stumbled down the stairs, probably trying not to spill her drink. Quite a nasty shock for the nurse who found her the next day. Cat, of course, was fine.
“Thud, scratch, screech”....Goodness! I jumped! Could someone be in the house? Do I have the courage to look? I am a grown up after all. 27 Year’s old and still afraid of things that go bump in the dark. Exit now and I get to be 28. Choices, choices.
Not an option, I decided. I spoke sternly to myself and marched timidly forward into the gloomy house. Shining my cell phone light forward, upwards and all around I continued to explore what once was a happy home.
I could still hear something but it was coming from below - the basement! Of course, every combination of Hollywood-inspired-ghoul-demon-witch-monster-B movie flashed through my mind. Wonder who the hero will be?
Surprisingly, my legs moved forward and down the stairs. Almost at the bottom, my battery died. I admit the timing did make me goggle, albeit quietly. I mean, no point in giving away my position so early on, I am the star of this movie.
When did we last clean? I was acutely aware of the musty smells and the dust under my fingers. A general heaviness in the air but no curls of smoke. We can eliminate dragons from the basement then.
Humour is necessary for any good B movie.
Something went “thud” again - to the left of me. Ok, so now I was tense enough to snap in two and ready to scream louder than football stadium full of drunks.
Gathering the little courage and I had left mixed with a drop of loyalty I still had for my Aunt, I dropped to the floor and crawled to where I thought the walls are. I was disoriented and those stairs may have disappeared magically together with my freedom. The only sane thought I had was that if I can’t see anything, then nothing can see me. (To Be Continued) 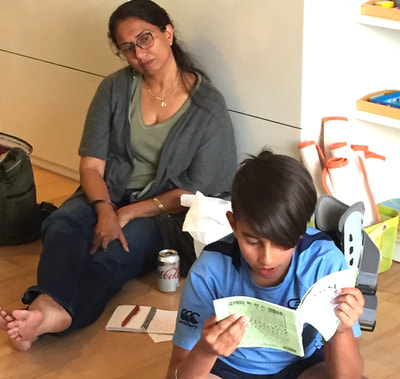 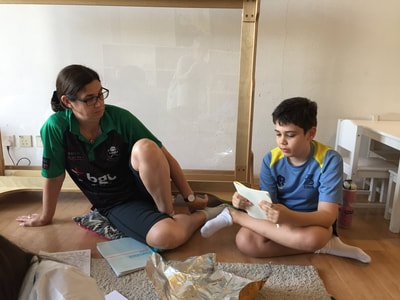 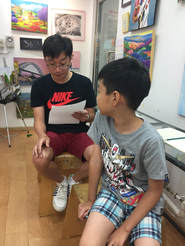 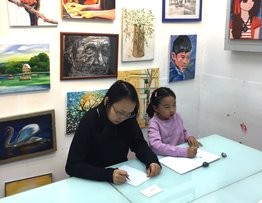 'The Old House'
by
Connie Cottam
There was a loud bang and I heard the basement door slam. Erica and I were locked in with no way of escaping. To make matters worse, we were stranded in the pitch dark as the light from my phone battery had died earlier in the afternoon. We were in a pace we weren’t supposed to be, with no chance of getting out.
We could hear the floor creak above as Mr Danner paced across his living room. He was the scariest person, and every child in the town did not want to be alone with him. But we knew Mr Danner had the scooter that belonged to Erica, as it was sitting outside her front door last week, and then it was gone. We saw the old man walking past and knew it was him that took it.
There were always stories going around the town about how he kept children in the basement, how he took toys from children because he did not want them to have fun.
Erica and I thought we could sneak in the basement via the slightly ajar window without anyone knowing. The plan was to see what toys were hidden, take photos, find the missing scooter and get out as soon as we could.
But the door slammed before we knew it, and there was no way out.
We were both very scared and wanted to go home. We did not want to be stranded in the dark, locked in a basement.
Erica started to feel her way around by taking tiny steps straight ahead. She held her arms stretched out, and touched gently the sides of the furniture. Everything felt cold and damp, and the air smelt musty and stale. I was really struggling to see anything, so I held on to Erica’s body and shuffled along behind her. She felt along the edges of the furniture, then felt a hard and cold surface which appeared to be table legs standing upside down. Moving forward, Erica tripped over a plank of wood which was lying on the ground. Erica fell flat on her face, and I tumbled down too, falling directly on her back. Erica let out a loud groan after my whole body weight landed on her. It was loud enough to be heard upstairs.
Suddenly, the footsteps we could hear from the room above became louder, as they marched in the direction of the basement door.
We both froze and were too scared to move. We could hear keys jingling to unlock and open the door. We could hear him yelling to himself as he tried to the key in to the lock.
We were still frozen, not knowing what to do, when the front door bell rang. Saved by the bell! Mr Danner moved away from the basement door, and went to attend to the visitor at the front door.
Erica and I stood up and dusted ourselves off. We were near a very small window, and we could see a slither of light peeking through. I reached over and lifted the shutter off the tiny window.
We found the window lock and pulled it off. Erica quickly climbed out, and I was just about to wiggle through when I heard the basement door open. (To Be Continued) 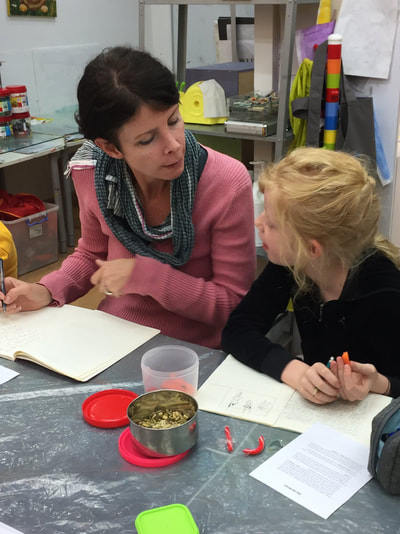 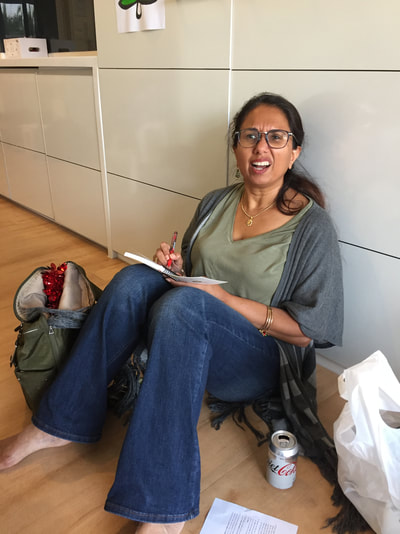 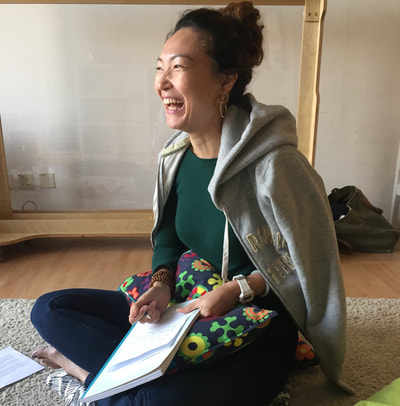 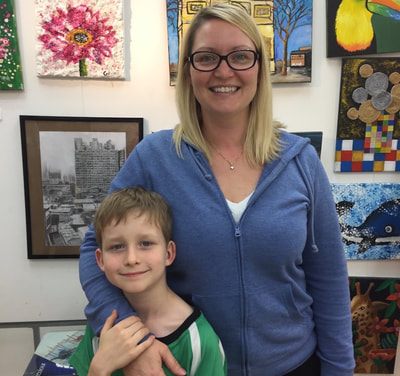